Remembering the victims of the Uvalde elementary school shooting

Here’s what we know about the victims of the Robb Elementary School shooting in Uvalde.

Uvalde school shooting: What we know about the Robb Elementary shooting that killed 19 children, 2 teachers

The last week of classes at Robb Elementary School ended in terror when a gunman opened fire, killing 21 people on Tuesday.

Remembering the victims of the Uvalde elementary school shooting

Uvalde school shooting: What we know about the Robb Elementary shooting that killed 19 children, 2 teachers

School counselors are underfunded and overworked, head of state group says in wake of Uvalde shooting

The results are in: Pre-K 4 SA a success

SAN ANTONIO – Thanks to a move by Texas Gov. Greg Abbott, pre-K programs across the state are set to receive more than $116 million to strengthen early education initiatives.

Meanwhile, one of the nation’s leading pre-K programs, Pre-K 4 SA, is starting to receive measurements that prove what many have argued for a long time: The earlier a child gets into school, the better.

Pre-K 4 SA, now in its fourth year of implementation, is also under new leadership. Researcher and former Austinite Sarah Baray has taken the reins, and the program she inherited is beginning to get its first look at performance marks.

Is she pleased with the results? You bet.

“I knew it was going to be good news,” Baray said from her window-lit office at the South Education Center. “I expected that just seeing the quality of the centers, but it’s always nice to have the verification from external evaluators.”

She said she was surprised at one thing: how well Pre-K 4 SA was doing when compared to a national sample.

“I’d really been thinking about locally, in San Antonio, and how our kids compared, but what this report shows is that our kids are competing nationwide, which is really exciting," she said.

The chart above, provided by the city of San Antonio, shows the swings in scores. The report found that students started the year behind national standards but finished years two and three of the program ahead of the national average in cognitive, literacy and math.

Testing took place during the 2015-2016 school year and covers the second and third year of the program's existence.

Baray said the study shines light on the effectiveness of a pre-K program, in particular the city's example of an early education initiative.

"What this tells us is that our kids are going into their kindergarten classrooms above the norm, and so what we're hoping is that trajectory is continuing as they move through kindergarten, first and second grade years with our district partners, and that's why we're looking forward to seeing the results," Baray said.

Are they ready for kinder after Pre-K 4 SA? Most Pre-K 4 SA teachers say yes - but not all

Next year will be the big test as students who began with the program in pre-K enter their third grade year, which is a major benchmark in statewide testing.

Curious to see the test results? Click below for the scores and other categories included in the report. 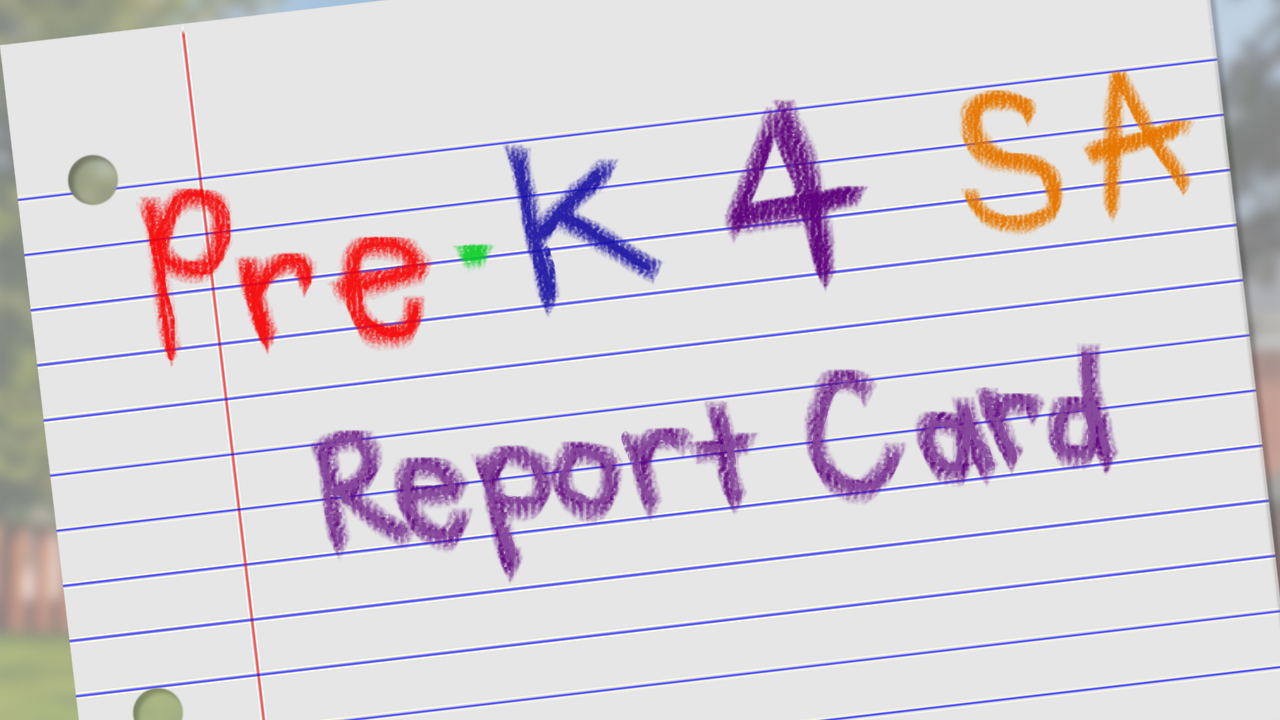