Man in critical condition after he was stabbed during arguement on Southwest Side, police say

Woman shot after a security guard and suspect exchange gunfire on West Side, police say

Man dies after being shot inside his apartment in downtown San Antonio, police say

San Antonio's 4 top spots to score gelato on a budget

Got a hankering for gelato?

Hoodline crunched the numbers to find the best affordable gelato hot spots in San Antonio, using both Yelp data and our own secret sauce to produce a ranked list of the best spots to meet your needs. 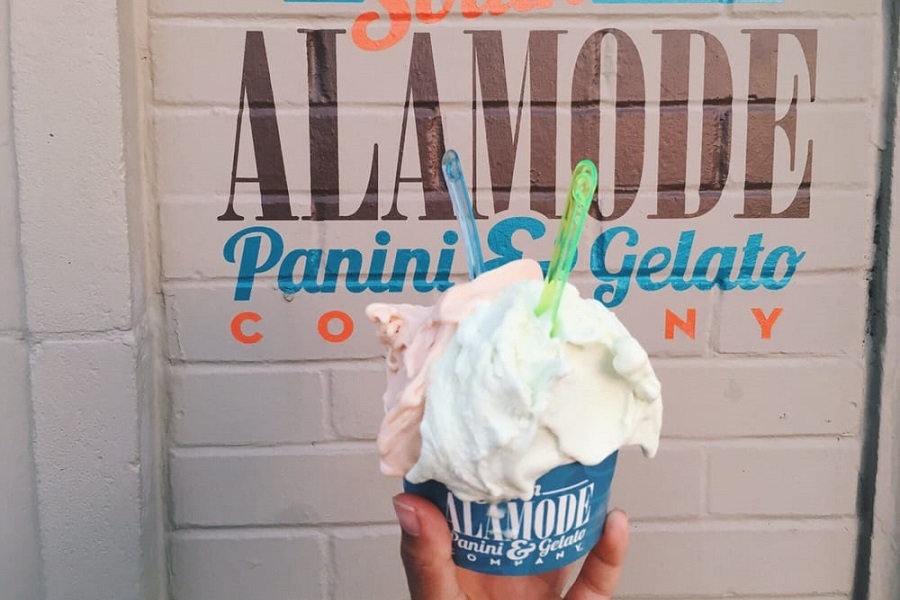 Topping the list is South Alamode Panini & Gelato Company. Located at 1420 S. Alamo St., Suite 102B, in King William, the Italian spot, which offers gelato and more, is the highest-rated inexpensive gelato spot in San Antonio, boasting 4.5 stars out of 257 reviews on Yelp.

If you're hungry for more, we found these details about South Alamode Panini & Gelato Company.

"Josh was in Italy for an architecture project and whilst there met his now wife, Diletta," the business says on Yelp, this time in the bio section of its profile. "Aside from his wife, Josh also fell in love with gelato and became a gelato apprentice. After a national newspaper featured him in Italy, he decided to bring his gelato back to the United States and opened South Alamode Panini & Gelato Company in May of 2015."

As to what the business is known for, "Our gelato is made fresh every day and we have created more than 125 unique flavors and have served over 20,000 cups in our first four months," it notes on Yelp in the section about specialties. 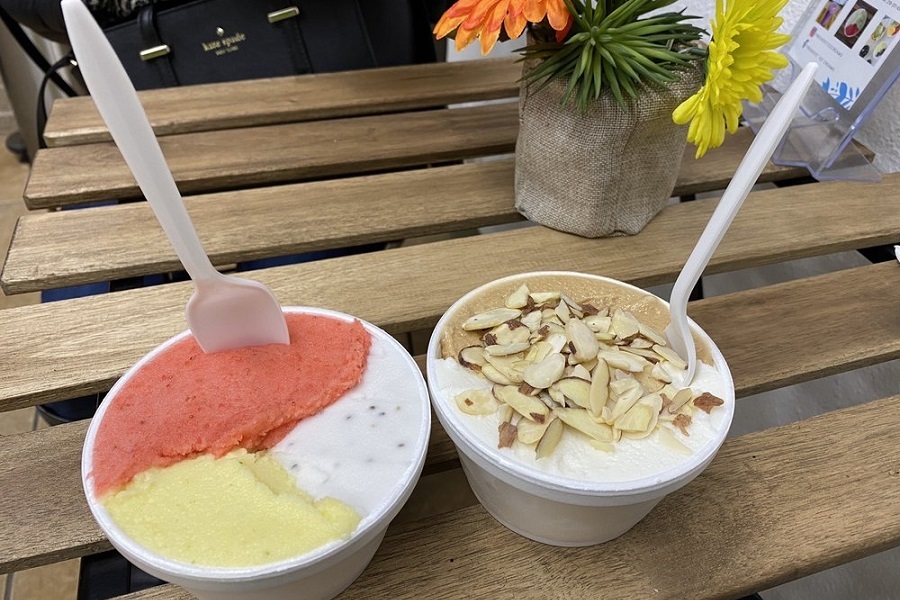 Next up is Vance Jackson's Freshest Ice Creams, situated at 8053 Callaghan Road. With five stars out of 67 reviews on Yelp, the spot to score gelato, juices and smoothies and ice cream and frozen yogurt has proven to be a local favorite for those looking for a cheap option.

The site has lots more information about Freshest Ice Creams.

"Freshest Ice Creams uses South American recipes, making all its products with fresh fruits and natural ingredients," per the history section of the business's Yelp profile. "Our mission is to offer fresh, healthy and delicious items for our customers."

"Angela's family has a track record of 25 years making and serving healthy and fresh foods to their customers," according to the bio section of the business's Yelp profile. "She and the team are here to help make every visit enjoyable."

In terms of signature items, "Family-owned, Freshest Ice Creams serves treats that are 100% natural and delicious," it states on Yelp in the section highlighting specialties. "Fresh fruits and pure ingredients are blended to make sure each bite tastes good. We use recipes inspired by our South American roots for flavors like blackberry, kiwi and chia coconut."

Francesco's Gelato, a spot to score ice cream and frozen yogurt, gelato and coffee and tea located downtown, is another budget-friendly go-to, with four stars out of 61 Yelp reviews. Head over to 211 Alamo Plaza to see for yourself.

The site can tell you a thing or two more about Francesco's Gelato.

"Francesco's Gelato specializes in fresh, high-quality gelato," the business says in the history section of its Yelp profile.

"Kathy Sepulveda leads the Francesco's gelato team," the business states in the bio section of its Yelp profile. "She loves the variety of gelato we serve and is passionate about creating new, fun flavors."

Concerning signature items, "Here at Francesco's Gelato, we're serving up authentic gelato to our San Antonio community," it states on Yelp in the section highlighting specialties. "You'll find a variety of flavors including classics like dark chocolate to specialty ones like amaretto and almond butter."

Check out Mamma Dolce, which has earned 4.5 stars out of 23 reviews on Yelp. Dig in at the spot to score desserts and gelato by heading over to 5246 Fredericksburg Road.

Yelper Veronica R., who reviewed Mamma Dolce on April 13 wrote, "Tasty gelato with flavorful, fresh waffle cones. I appreciated the strength of the flavors here — there was a distinct nutty flavor to the pistachio ice cream and a freshness in the banana ice cream that usually become softened in ice cream form."

Zoila G. noted, "So glad to have a gelato shop in this part of town. It was very nice and quiet. I was able to get two flavors for about $5. I definitely recommend the ube purple yam gelato and tiramisu! They also serve milkshakes, lattes, smoothies and pastries. Awesome service as well!"