1 man killed, 1 wounded in shooting under South Side highway

Driver not injured after falling asleep at wheel, rolling vehicle over, police say

As an interracial couple, Rachel Lindsay and Bryan Abasolo have had to face challenges throughout their lives. They're also facing new challenges together.

In an interview with ET's Lauren Zima on Monday, Lindsay opened up about how she and Abasolo have had "tough discussions" about race, and how they've had to develop a "thick skin" from the start of their relationship.

"People were not receptive to our relationship at the end of [The Bachelorette]. So, we've always had to develop a thick skin and figure out how to navigate this world as an interracial couple. We did that from the very beginning," Lindsay said.

"What the world is going through right now, we've had the tough discussions about presenting ourself as an interracial couple before, and how we want to raise our children," she added. "Bryan has always gotten it."

Lindsay is black and Abasolo is Colombian. They want their future kids "to experience both cultures." "We'll educate them on both," she told ET. "They'll be bilingual and they'll understand both cultures."

One thing you haven’t heard Rachel and I talk about a whole lot is how we navigate this world as an interracial couple. ﻿ ﻿So on the latest episode of the Healthcast, 𝘾𝙤𝙣𝙛𝙚𝙨𝙨𝙞𝙤𝙣𝙨 𝙤𝙛 𝙖𝙣 𝙄𝙣𝙩𝙚𝙧𝙧𝙖𝙘𝙞𝙖𝙡 𝘾𝙤𝙪𝙥𝙡𝙚, I sit down with my wife, Rachel Lindsay Abasolo. We break down some keys to a successful interracial relationship and dive deep into topics many interracial couples will encounter in today’s world such as embracing different cultures, racism, what it will be like to raise mixed children, resistance from family/friends/society, stereotypes, and we will also give our thoughts on the state of our country and the movement for justice and equality that has captivated the world. ﻿ ﻿𝘾𝙇𝙄𝘾𝙆 𝙏𝙃𝙀 𝙇𝙄𝙉𝙆 𝙄𝙉 𝙈𝙔 𝘽𝙄𝙊 𝙏𝙊 𝙇𝙄𝙎𝙏𝙀𝙉 👂𝙤𝙧 𝙨𝙪𝙗𝙨𝙘𝙧𝙞𝙗𝙚 𝙩𝙤 𝙢𝙮 𝘿𝙧. 𝘼𝙗𝙨 𝙔𝙤𝙪𝙏𝙪𝙗𝙚 𝙘𝙝𝙖𝙣𝙣𝙚𝙡 𝙩𝙤 𝙬𝙖𝙩𝙘𝙝 👀 ﻿ ﻿#interracial #relationships #love #life #liberty #happiness #blacklivesmatter #justiceforgeorgefloyd #health #wellness #lifestyle #fitness #nutrition #supplements #motivation #mindset #DrAbs #DrAbsFit ﻿

Creating a world that is safe for their future children is important to the Bachelorette couple, who have been protesting amid the Black Lives Matter movement.

"It was important for me that we did it together, because we are one unit. We're married. He was all for it when I was explaining to him what he'll feel when we protest, what it means to me, and he got it," Lindsay described. "Communication has always been the foundation of our relationship and we always have those tough conversations, so watching Bryan protest and scream 'Black Lives Matter,' and really get emotional in the whole experience... of course I look over and am like, 'Gosh, I made the right decision, because he understands me and I understand him.'"

"It was also marching for our future, our future child, who will be black. I don't know if they'll be a male or female, but they may face some of these injustices that we're experiencing right now. So, we're marching for our future family, and that's what was representative of what we went out there and did that day," she continued. "And now Bryan's like, 'So, when are we going again?'"

Lindsay has been using her platform to speak out about racial injustice, and on Monday, she laid out in a blog post a series of guidelines she'd like the Bachelor franchise to follow in regard to increasing diversity. The Bachelor Happy Hour podcast host said she would cut ties with the franchise if it didn't make strides toward inclusivity and release a statement acknowledging "systemic racism."

In her interview with ET, Lindsay expanded on her suggestions, which included eliminating problematic storylines for people of color. She felt she was labeled as an angry black woman during her 3-hour season finale, and told ET that Abasolo also felt stereotyped on the series.

"Every time Bryan was on the screen, they played Latin music. Every single time. Whether he came out of the limo, whether he would come to approach me, when I was in Miami and Bryan approached," she explained. "He never felt more Latin than he did on the show... the show plays into stereotypes that their audience has."

"I've never heard anything like that before in my relationship with Bryan. His family doesn't play that type of music. It just is so playing into a certain stereotype," she explained.

See more on Lindsay and the changes she'd like to see in the Bachelor franchise in the video below. 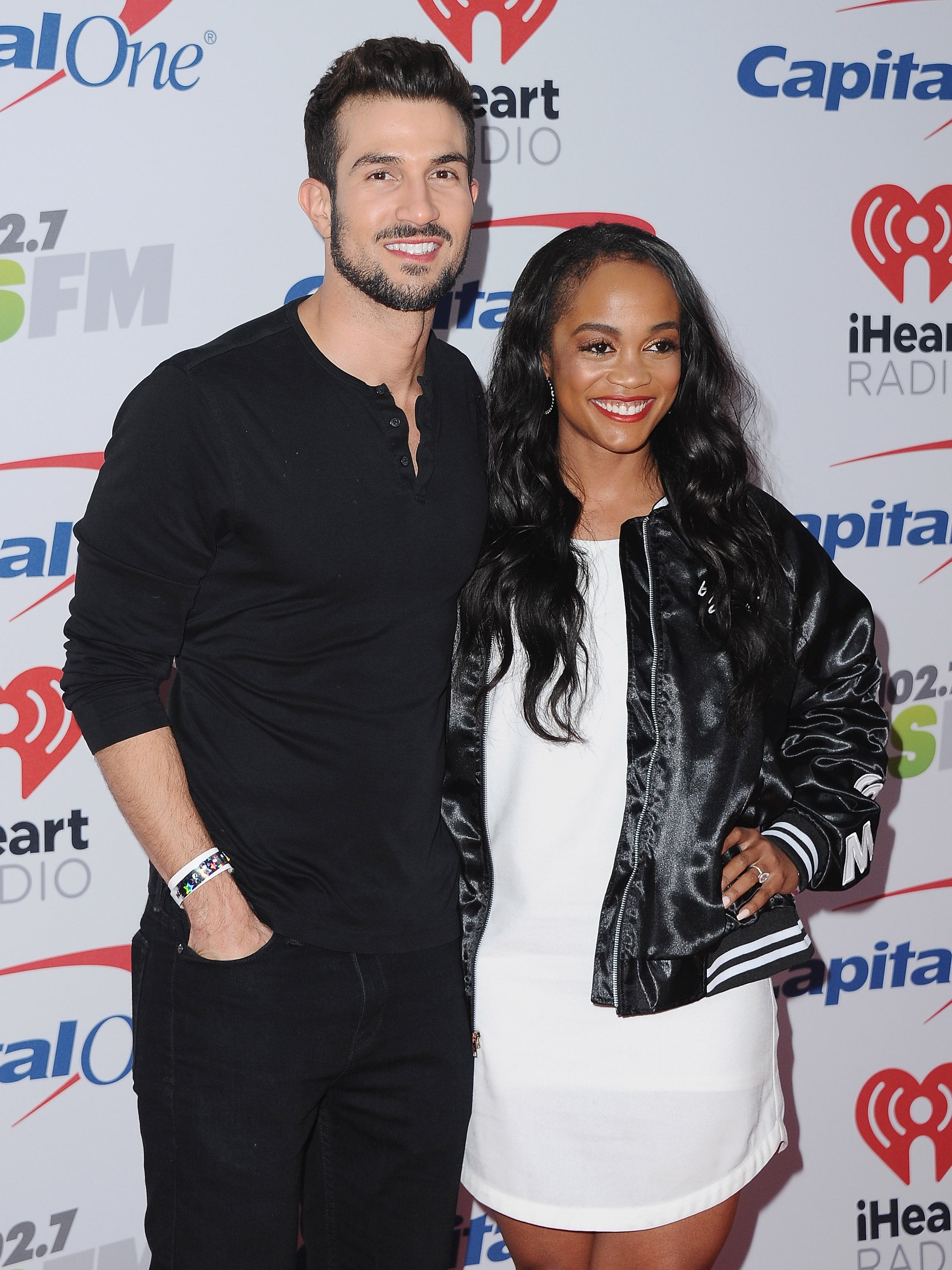