Take control of your emotional health with this personalized meditation app

Precast sidewalks to be tested in District 1

SAN ANTONIO – With 2,500 miles of sidewalks in the city of San Antonio, it hasn't been easy keeping them from crumbling. The city is a looking at a new fix that could be permanent.

"I think they are in pretty bad condition," San Antonio resident Juan Perez said, "and I hope the city fixes them soon."

"Just in my district, there were sidewalks being built that were only three years old and were already falling apart," Trevino said. "In other areas, the ground was shifting so rapidly that it was causing these sidewalks to completely buckle."

Trevino said now the city is looking at precast concrete sidewalks, where the pieces would "lock in" together, much like Legos.

The precast concrete is made offsite at a controlled facility, using advanced technology.

"When the temperature changes, you will have the material expanding and contracting and that will keep the pieces in place," said Jorge Hinojosa, Bexar Concrete Works Plant manager. "If a crack develops on the member, the pre-stress, it will close the crack up,"

Engineers are incorporating the technology used to build highway bridges.

Razi Hosseini with the city of San Antonio's Transportation and Capital Improvements department said the precast sidewalk will withstand changes in the soil.

"This precast sidewalk, since it's stronger, is going to withstand some of the force coming from the bottom," Hosseini said. "And also it has kind of a hinge-thing joining them together. It's auto-flexible."

However, the new technology will come with an added cost.

"If you build a sidewalk that lasts three years, but build one that costs more and is built to last a lifetime, you tell me what costs more?" Trevino said.

The city will first look at testing some areas here in District 1 to see how that precast concrete sidewalk would work. They should start building in February and March of next year.

Editor's note: In November, the Defenders took a look at what streets and sidewalks in San Antonio looked like. The Defenders created maps of the various pavement conditions and sidewalk presence on every city street. They also compared street conditions to poverty data from the U.S. Census Bureau, though it appeared streets of varying conditions appeared in both wealthier and poorer areas. 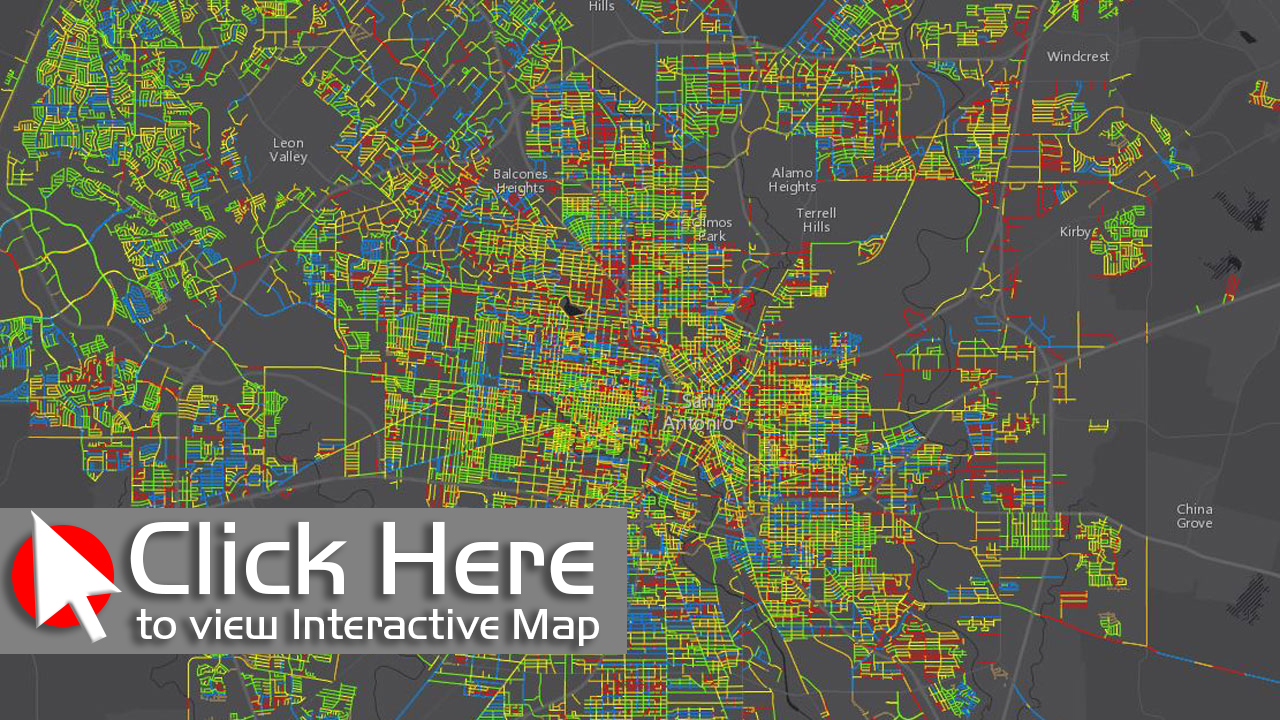 Stephanie Serna is a weekday anchor on Good Morning San Antonio and GMSA at 9 a.m. She joined the KSAT 12 News team in November 2009 as a general assignments reporter.